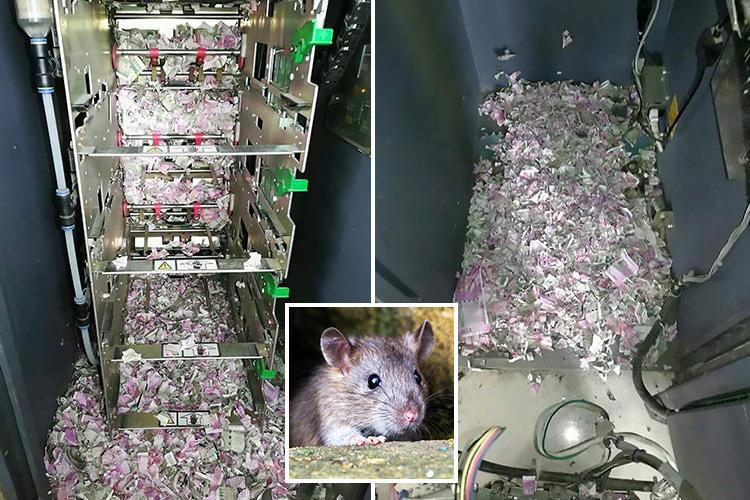 An ATM run by The State Bank of India in the town of Tinsukia in the northeastern state of Assam, had been “out of order” for nearly a month before a technician opened it to see what was wrong.

On June 19, bank representatives discovered that a rat had taken up residence inside the ATM and had spent some of that “out of order” time shredding money before dying.

Not all of the cash inside the machine was destroyed. More than half of the 2.9 million rupees ($42,685) were recovered.

There may have been more rats in the expensive nest, but only 1 body was found.

Locals shared pictures of the destroyed cash online. Some called the incident a “surgical strike” by the rodents, while others suggested a political motive because India’s Prime Minister Narendra Modi recently gave the order to remove old 500 and 1,000 rupee bills from circulation in an attempt to crack down on counterfeit cash, tax fraud and criminal financing.