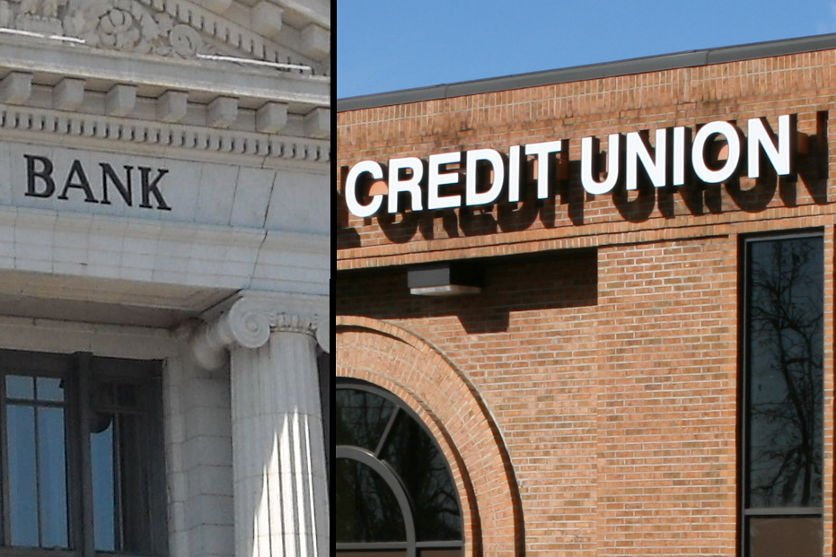 When we are young, we learn that everything has its place.  You buy food at the grocery store, books live at the library, and money goes into banks. As we get older and experience the complexity of the world, we realize that life is rarely so cut and dry.  Just like food can also be found at the farmer’s market, there are also many options for places to put you money other than banks.  While the number of investment opportunities seem infinite, one popular alternative to a bank is a credit union.  This naturally leads to the struggle of banks vs credit unions and which makes the most sense for you.  In order to make that decision, you must first make sure you know the difference between the two.

What is a Credit Union?

While most people know that a bank is a government authorized financial institution in which people house their money, a credit union is essentially a non-profit financial coop.  It is owned by its members and democratically controlled so that everyone has some say in how the money is being handled.  The reason for this is that it provides a sense of control that traditional banks do not offer in regards to credit, rates, support, and other financial services.  The intention is to support the development of a community, but can also extend worldwide: Many people think that given certain criteria, one is the “correct” choice.  In actuality, there are many similarities that muddy this issue.

While both can meet your needs, it really depends on what your goals are and with what you are the most comfortable.  Sometimes people like the idea of ownership and do not want to get involved with the big banking institutions.  Meanwhile, some people like the influence, experience, and smooth operation of a bank.  That said, you should always inquire with both to see where you can get the best rate.